The Panthers continued their comeback ways, rallying from a multi-goal deficit to win for the eighth time in 2021-22 and third in their last four games.

* Cale Makar tied Ray Bourque for the second-most assists in a season by an Avalanche/Nordiques defenseman before netting his third overtime winner of 2021-22.

* The Central Division continues to provide plenty of intrigue with the Blues and Wild jockeying for home ice advantage in a potential First Round showdown. 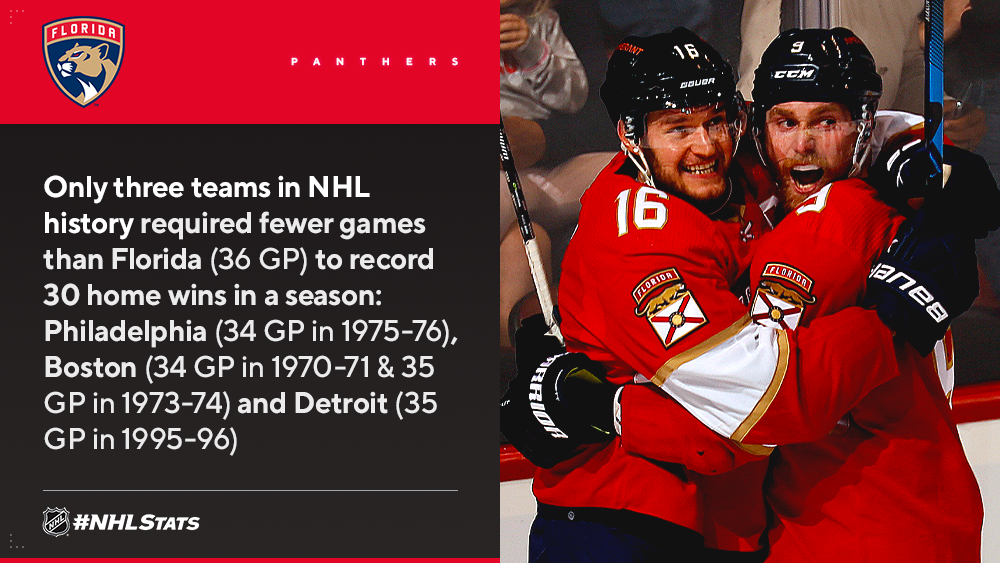 * ICYMI: The Bruins (45-21-5, 95 points) defeated the defending Stanley Cup-champion Lightning (43-20-8, 94 points) in overtime at AMALIE Arena, opening up a one-point lead over Tampa Bay for third place in the tightly-contested Atlantic Division standings. 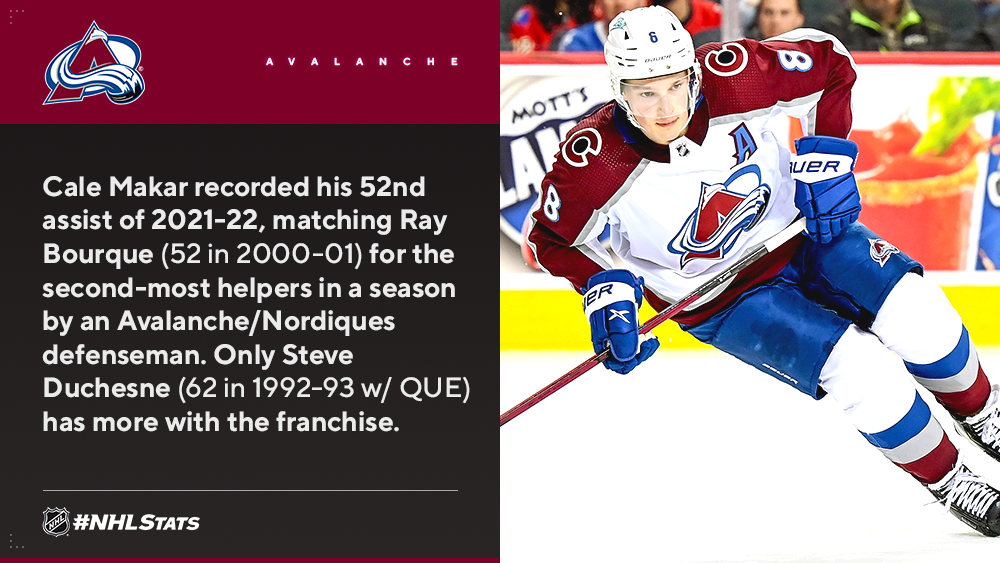 #STANLEYCUP PLAYOFF RACE: BLUES, WILD BATTLE IN CENTRAL DIVISION
The Blues (41-20-10, 92 points) rallied from a multi-goal deficit to defeat the Wild (43-21-6, 92 points) in overtime, as the two teams jockey for home ice in a potential First Round series between the clubs. Every Saturday for the balance of the regular season, the #NHLStats team will place a weekly spotlight on one of the League’s postseason races. 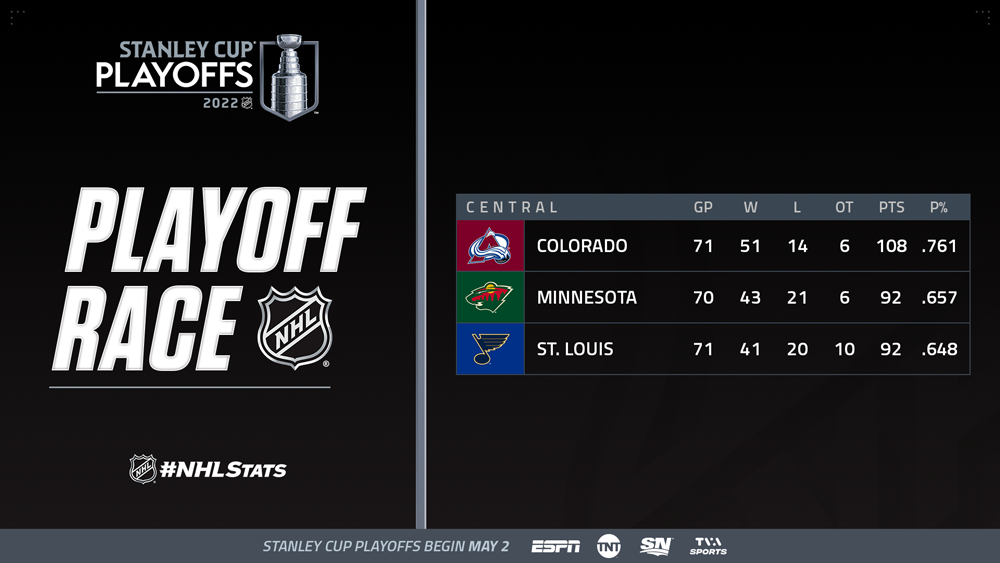 * The Blues have won both games between the clubs in 2021-22 after claiming victory in the 2022 Discover NHL Winter Classic at Target Field (6-4 W). They are scheduled to face each other once more in the regular season (April 16 in St. Louis). The two franchises have met in the postseason twice – both First Round series – with each team winning once: the Blues in five games in 2017 and Wild in six games in 2015.

* The Wild have their sights set on starting a First Round matchup with home-ice advantage for the first time since 2017, the last time these two franchises met in the postseason (4-1 L vs. STL). The Blues are angling for their 45th playoff berth, which would be five more than the next closest non-Original Six club (PHI: 40).

Flames forward Johnny Gaudreau (34-65—99 in 71 GP) and Maple Leafs forward Auston Matthews (56-41—97 in 66 GP) will each look to record their first career 100-point season as part of Hockey Night in Canada’s five-game slate. 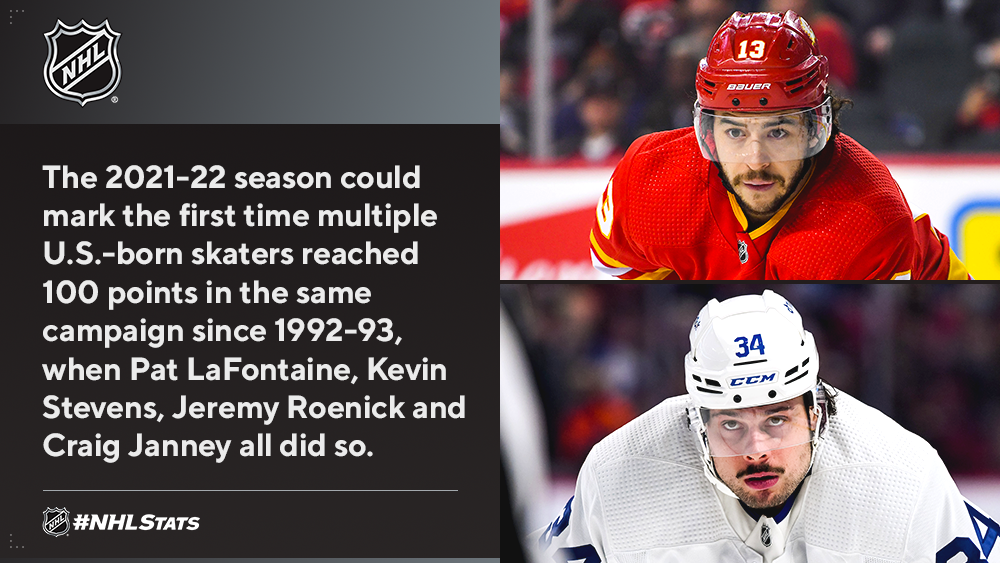